Paruresis is an anxiety disorder that causes those affected to be unable to urinate in factual or perceived proximity of others.Official definition

What are the consequences of suffering from paruresis?

If one cannot reliably use public bathrooms, they will constantly think about when and where they will find a "safe" bathroom again.

Intuitively, all those affected try to avoid bathroom situations as much as possible. At first, perhaps by drinking less so that they won't have to go outside of their home. 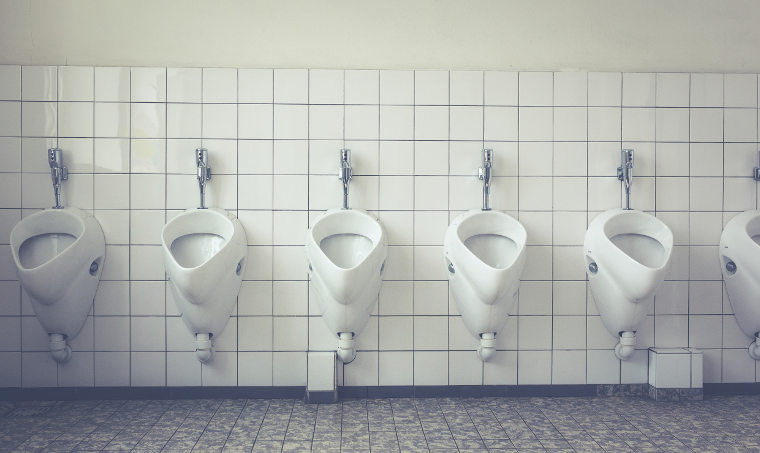 Before you know it, the "shy bladder" influences larger life decisions: Do I even want to take this job if it means additional travel (and thus, additional bathroom stress)? Avoiding public toilets quickly leads to ever greater limitations.

You are not alone!

Paruresis is a rather intimate subject that is not easy to talk about. That's why this problem is little known, despite the fact that it's fairly common! Scientific studies show that at least 3% of the population - or roughly 10 million Americans - suffer from clinical paruresis. Among them by the way both men and women.

Who is deemed affected?

Whether you are affected by Paruresis depends only on your perceived degree of suffering.

How can I overcome my paruresis?

The only way, which has proven to be effective for paruresis, is cognitive behavioral therapy (CBT).

WeMingo's self-help program is based on this approach and has been developed specifically for people suffering from paruresis.

The contents presented here are intended exclusively for neutral information and general education. They do not constitute a recommendation or a solicitation of the diagnostic methods or treatments described or mentioned. The text makes neither a claim to completeness nor can the timeliness, accuracy and balance of the information presented be guaranteed. The contents do not replace personal consultation, examination, diagnosis and therapy by a therapist or doctor. The author assumes no liability for any inconvenience or damage resulting from the use of the information presented here.